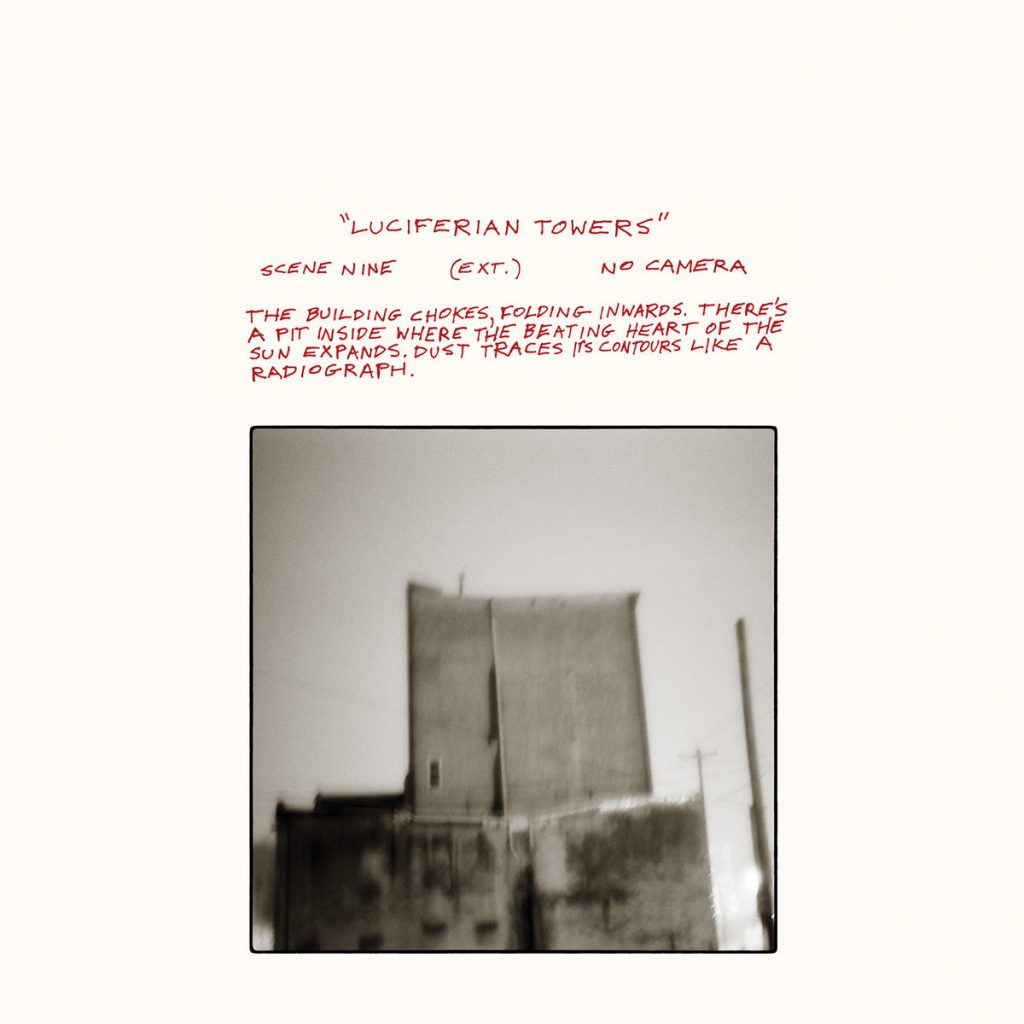 Undoing a Luciferian Towers, the first of eight pieces to come from Godspeed You! Black Emperor’s forthcoming “Luciferian Towers” suite, sounds almost more like a Set Fire To Flames number than it does something from Efrim Menuck’s yet more esteemed Montréal ensemble. (Not least because, at 07:47, it flirts coquettishly with concision. Nonetheless) for the sake of context – always rather pertinent when it comes to orchestral instrumental music, really – the song is gnomically delineated thusly:

look at that fucking skyline! big lazy money writ in dull marble obelisks! imagine all those buildings much later on, hollowed out and stripped bare of wires and glass, listen- the wind is whistling through all 3,000 of its burning window-holes!

Which essentially leaves us none the wiser as to its sonic content, which buzzes stoically between apian drones, loosely Baltic undertones, and saxophones, flutes and trumpets that have perhaps more in common with The Beginning Stages Of… than so much of Godspeed’s quite rightly venerated canon. Of course, purists may be most immediately satiated by the fact that this prelude to their latest chapter concludes with a characteristically elaborate, almost Byzantine outburst; but ultimately, subjectively, the below reintroduction is seemingly reason enough – in and of itself – to lift skinny fists in clenched rejoice once again…

“Luciferian Towers” is available from September 22nd via Constellation Records, while Godspeed You! Black Emperor play the Troxy on October 31st.