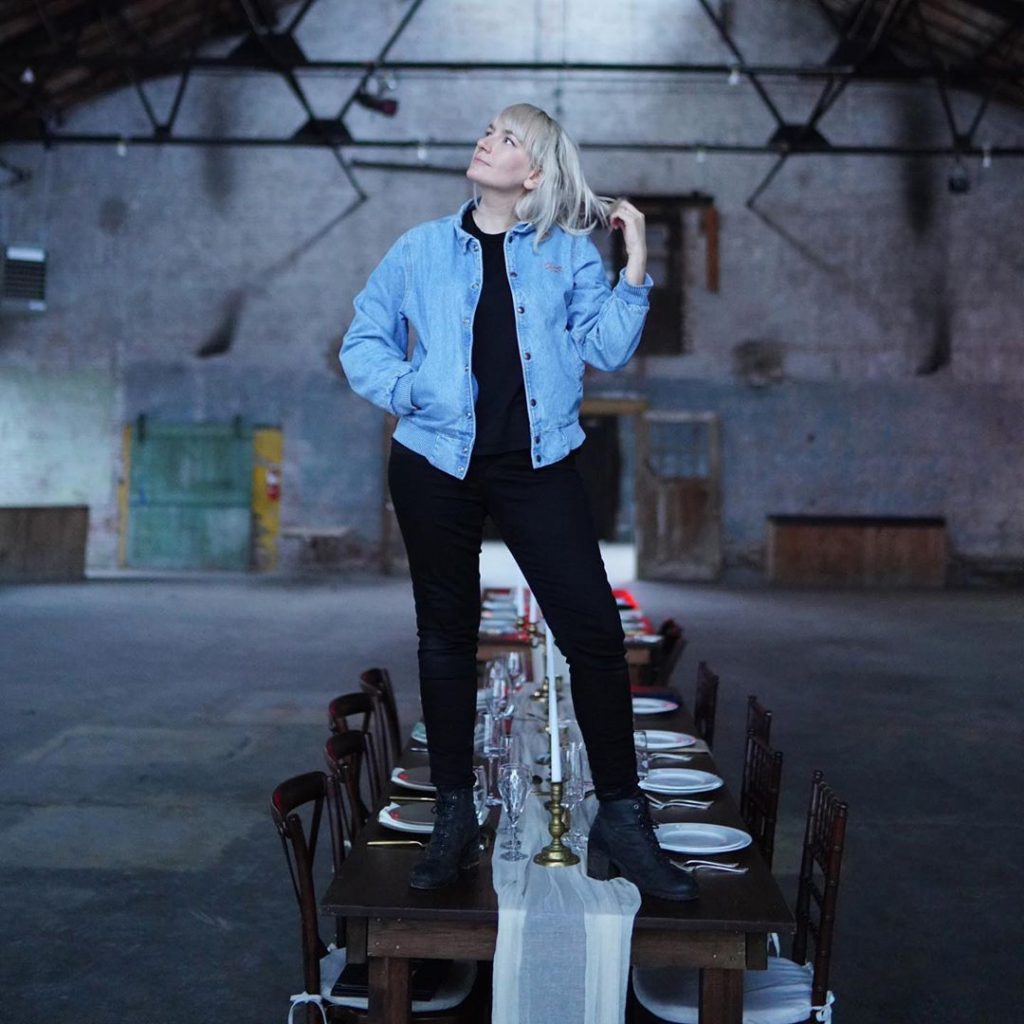 While Katie Harkin may well have vastly enhanced her musical CV in recent years – she featured extensively on Waxahatchee’s expansive, suitably blustery Out in the Storm, and has lined up alongside the likes of Courtney Barnett, Kurt Vile, Wild Beasts and, perhaps most impressively, Sleater-Kinney – I’ve honestly missed her knack for combining incisive fretwork with intimate, transparent lyrical content. So the announcement of her début solo album, beneath the Harkin moniker, is most welcome; and Nothing the Night Can’t Change – ‘a love song inspired by the North of England after dark’ – serves as a striking reminder of that aforementioned ‘knack’.

Sky Larkin were, due to time and circumstance, something of a formative band for me: their records – and their respective début, The Golden Spike, in particular – soundtracked vicenarian vice, ‘twenteen’ incertitudes and so on, so when Harkin now intones: “What we did by the light of the fridge cannot be undone,” it feels like life, incidentally or otherwise, somehow comes full circle. It does so to a taut, intense track which features both Stella Mozgawa and Jenn Wasner (life, again, going in circular rotation, Katie having drawn rings around the world with both artists previously), and rattles along with much the same kind of irrepressible 160-bpm propulsion which powered DIIV’s Blankenship. One for not-so-young lungs to belt out at the earliest possible opportunity, I’d posit.

Nothing the Night Can’t Change is lifted from Harkin, which is available from April 25th via her very own Hand Mirror imprint, while Katie plays the O2 Academy Brixton on February 26th in support of Sleater-Kinney.