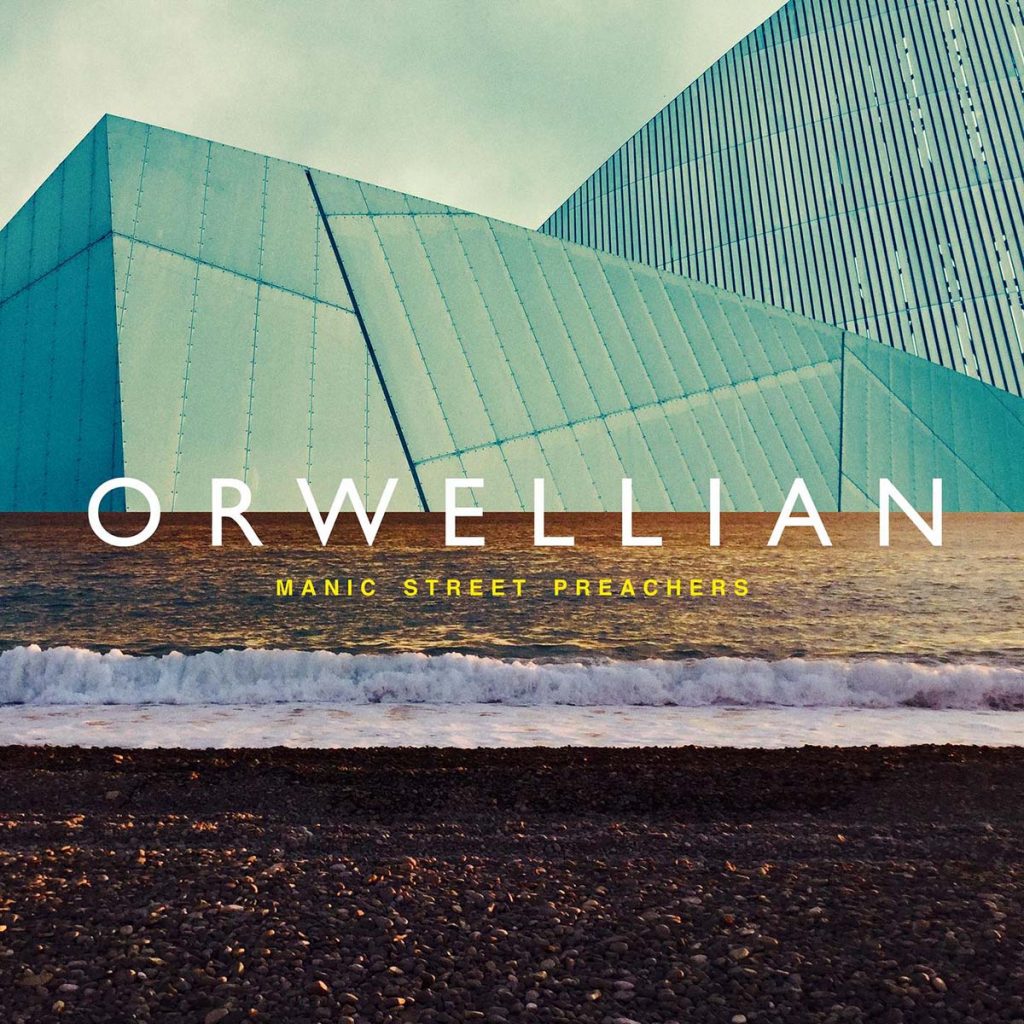 One could, quite rightly, bemoan the mothballing of this site – it’s been a bit remiss of me, and I can now only apologise. Conversely one could, quite wrongly, say the same of the Manic Street Preachers: for while the release of Resistance Is Futile really feels like a long while ago, for reasons innumerable, the band have in fact – in that interim – busied themselves with such vital endeavours as conceiving solo concept albums concerning polymathic Chileans (namely Víctor Jara, in the idiosyncratic case of James Dean Bradfield) or becoming reacquainted with the lowly skipping rope (in that of Nicky Wire).

Regardless, they’ve now reconvened, and have revealed the propulsive Orwellian – the first to materialise from their fourteenth studio full-length, The Ultra Vivid Lament. And the song itself is made all the more so in light of very heavy recent events, as atop plaintive keys and curveball key-changes evocative of ABBA, JDB bewails:

“Every way you look, every way you turn
The future fights the past, the books begin to burn
I’ll walk you through the apocalypse
Where me and you could co-exist.”

It’s pretty well impossible not to apply the patent lyrical despondency to the deteriorating plight of Palestinians living under proverbial lock and key in the world’s largest open-air prison, and quite how anyone in this Western world can have much else on their minds right now befuddles me completely. But to hone back in on Orwellian as best I can, in terms of both cadence and disillusioned lyrical content likewise, I’m minded of 30-Year War (from Rewind the Film, 2013), while a freewheeling bass line recalls that of The Chemical Brothers’ pulsating Surface to Air. Silky production – courtesy of Dave Eringa of course, and harking back here and there to the grandiose Everything Must Go – perfectly complements this somewhat bittersweet piece which, in facing up to our totally dystopian present, welcomely proffers some minor reprieve from it.

The Ultra Vivid Lament is available from September 3rd via Columbia / Sony, while the Manics play The SSE Arena on December 3rd.