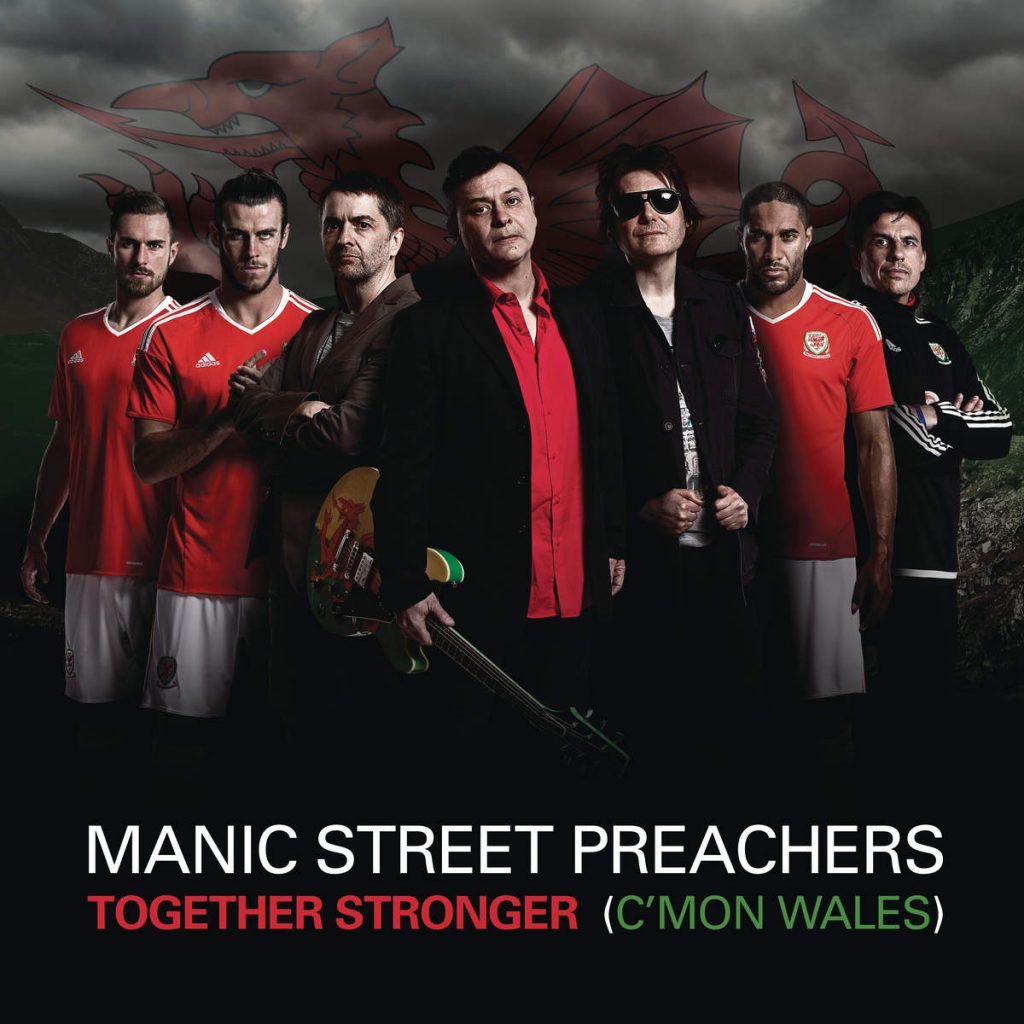 Having forever identified far more readily with my Welsh, rather than my English lineage, previous European Championships have been tinged with ennui. Beer gardens and lethargic afternoons are alright come the impending summer months, granted, although the enthusiasm – whether feigned or fanatical – in which the English bask quadrennially is something that I couldn’t, and couldn’t even conceivably, empathise with previously.

So when Cyprus saw off Israel to vicariously secure Wales’ qualification last October, years and years of (less hurt; more) heavy-heartedness (weren’t quite lifted, but certainly) lightened; making Celtic outlooks that little bit brighter still was the news that national treasures, the Manic Street Preachers were to record the anthem for the (presumed) lost cause that is Wales’ Euro 2016 campaign.

But this is progress enough; competitive progress matters considerably less so: they’re there, and the Manics have turned in a track which kicks off with a grandstand riff worthy of one Justin Hawkins, is soon entangled in Everything Must Go-era strings, akin to Ben Davies hopelessly interwoven into Nicky Wire’s beloved Sp*rs net, and unashamedly meshes elements of Frankie Valli’s terrace standard, Can’t Take My Eyes Off You with references to a newfound familiar in Aaron Ramsey. So although Wales seem unlikely to “set the world alight,” and seem commensurately incapable of “beat[ing] any side” – whether that be with, or without Gareth Bale – there is already reason enough to celebrate beyond the Severn…

Together Stronger (C’mon Wales) is available now, via Sony Music Entertainment UK, while the Manics play the Royal Albert Hall on Monday, 16th and Tuesday, 17th May [INFO/TICKETS].