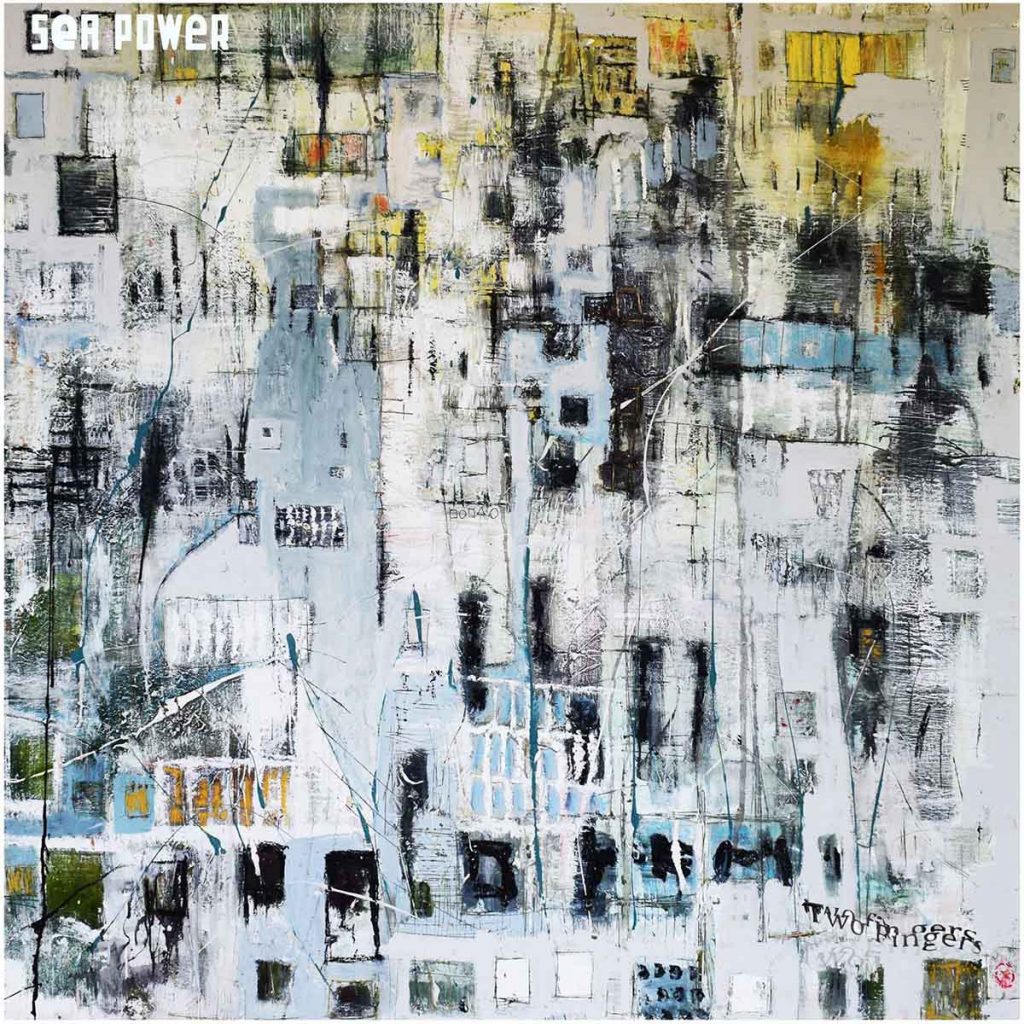 For fear of getting caught up in the swollen undertow of ‘an isolationist, antagonistic nationalism’ – one which has coursed through the country with desperate prevalence since the Brexit vote, the national treasures known once as British Sea Power are now simply Sea Power. And along with this intriguing revelation comes news of a brand new LP – their first in what will have been the best part of five years, since Let the Dancers Inherit the Party – entitled Everything Was Forever. And as if that weren’t enough to enhance your Monday, Yan et al. have also revealed lead single Two Fingers.

Given its soaring riffage and “Leviathan” referencing, there are definitely parallels to be drawn with longstanding associates the Manic Street Preachers, while later call-and-response vocals recall those of Wolf Parade’s heyday. Yet with lyrics concerning getting “all wrapped up in leaves” complementing typically lavish orchestration, theirs remains an unmistakable timbre and unstirred spirit, in spite of this minor nominal alteration. A glorious, lush return then, and as suitable a soundtrack as any when flicking two-fingered salutes in the general direction of bovine flag-waving wherever it rears its revolting head.

Everything Was Forever is available from February 11th via Golden Chariot Records Ltd.