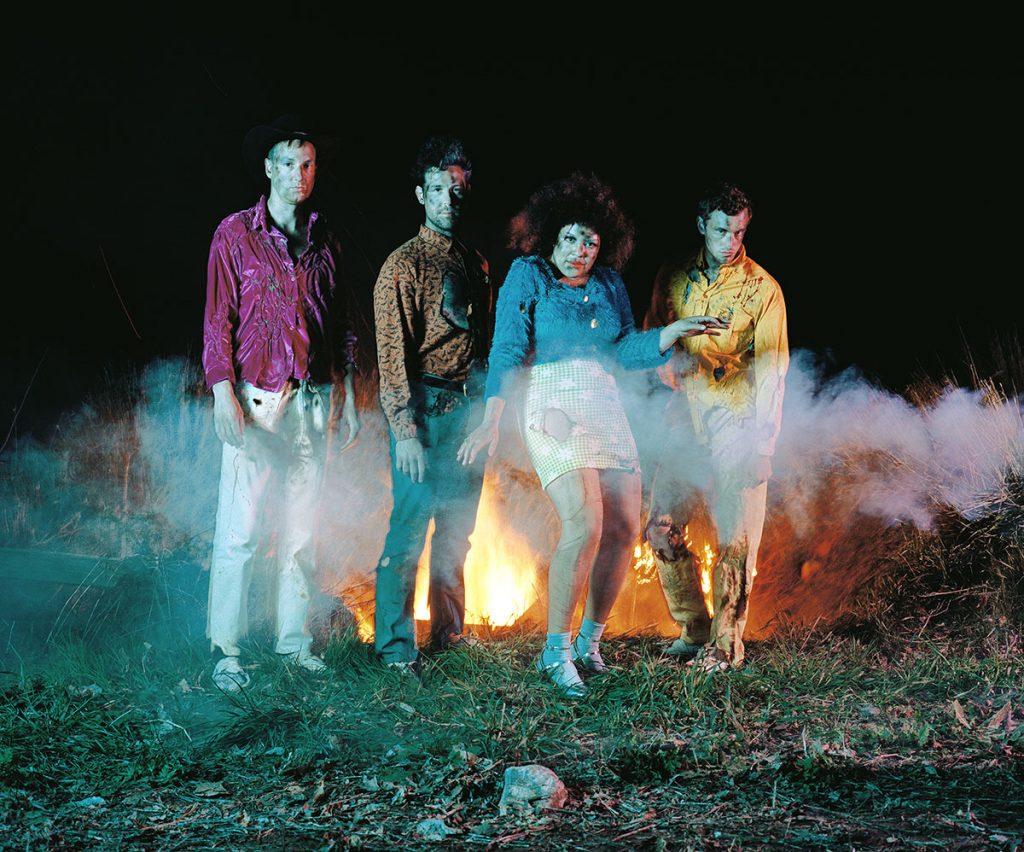 In the comparatively tiny amount of time since Toronto quartet Weaves released their eponymous début album only last year, it certainly sounds as though Jasmyn Burke & Co. have been really hammering the ol’ Springsteen home. (No bad thing, obviously; so have we, obviously.) Yet whereas #53 touched upon the puff-chested anthemia of Born to Run, this second number to come from their forthcoming sophomore full-length Wide Open – namely Walkaway – instead taps into the (musically, incongruously) redemptive verve of, say, Downbound Train; which feels pretty fitting for what Burke considers “a song about empowerment and finding light in the darkness.” And, awash with chiming, hysterically American[a] geetars, wondrously unrelenting rhythmic components, rubescent strings and the like, these Canadians’ relatively immediate future is, incontrovertibly, looking increasingly bright.