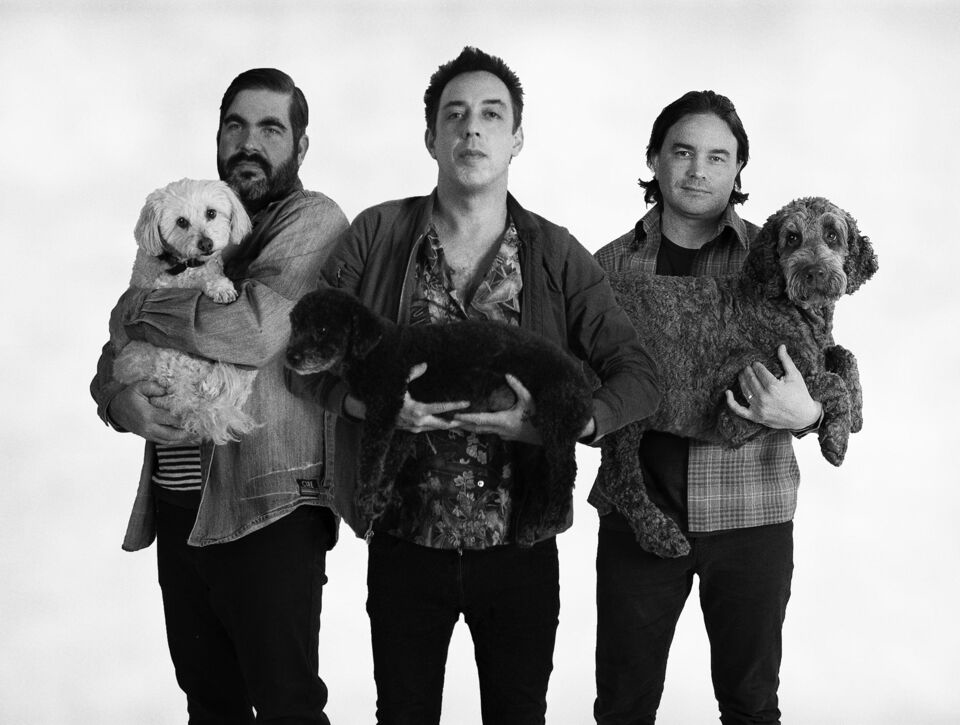 Not only are Montréal trio Wolf Parade back, with their first release in three years, but Dan Boeckner, Spencer Krug and Arlen Thompson have also brought with them a new canine press shot. This heart’s on fire, et cetera. The song, though, is entitled Against the Day, and harks back to some ’80s heyday: synths from the Big Chair, upholstered with David Ball’s preference for the sinister, lead the way on what could – were it not for Boeckner and Krug’s highly idiosyncratic vocals – otherwise be mistaken for Yeasayer’s catchiest track since Odd Blood. It’s perhaps not what may be anticipated of Wolf Parade, going against their grainy indie-rock somewhat, but oddly enough, synth-pop suits them. The dogs do, too.

Against the Day is available now via Sub Pop, while Wolf Parade play The Dome on March 11th.