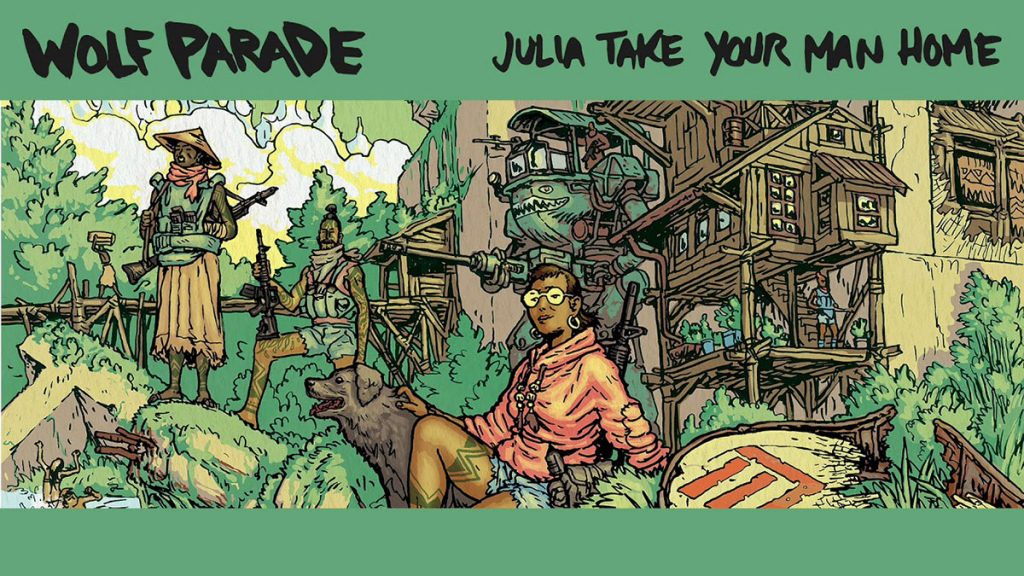 With the new year comes new Wolf Parade, and with the Canadians’ sixth full-length effort – entitled Thin Mind – due later on in the month, there’s seemingly plenty more where Julia Take Your Man Home came from. This is the third to surface from said record, vocal duties this time falling to Spencer Krug as his attentions turn, in turn, to the unnamed, if unsparingly shamed “man” of “Julia,” who’ll “carv[e] shapes that look like dicks into the wood” of the bar at which he’s sat. (When not “talking about New Jersey and cocaine,” of course.) Musically, it’s sharp, incisive stuff which harks back quite unapologetically to their universally revered début; and fifteen years on from that one, for the most part of 276 seconds, it makes for a markedly exhilarating start to 2020.

Thin Mind is available from January 24th via Sub Pop, while Wolf Parade play The Dome on March 11th.