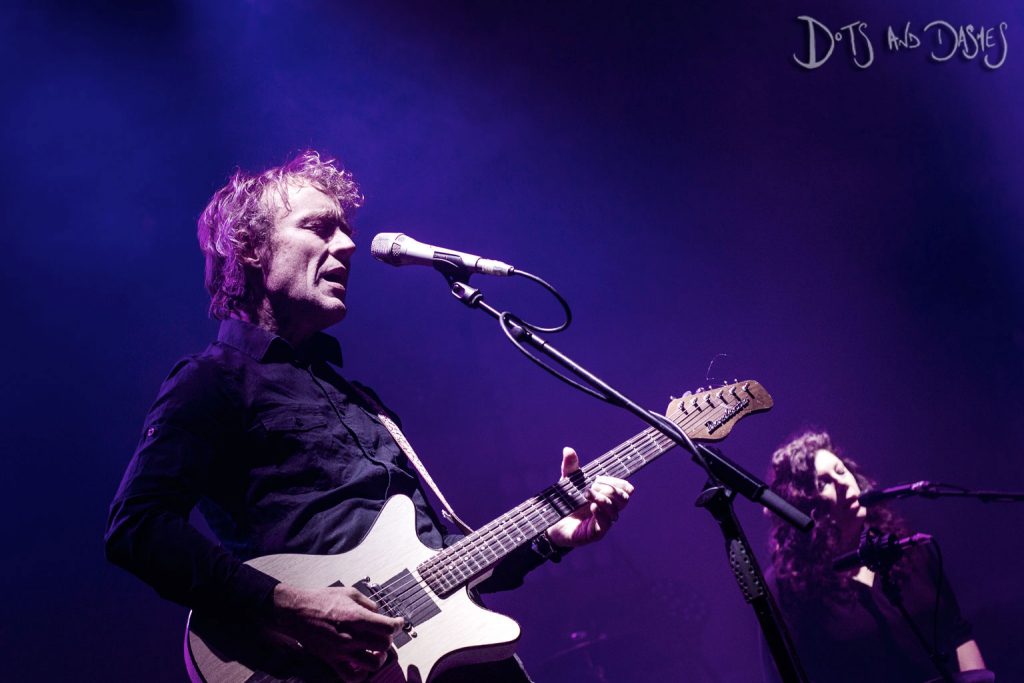 While Low’s Alan Sparhawk may well consider the Minnesotan slo-fi trio’s supporting resurgent shoegaze troupe Slowdive to be “really an honour,” demonstrating unprecedented deference as he does so, you can’t help but feel the bill should probably be the other way around. ‘The Beatles supporting Oasis springs to mind’ read one particular Tweet from the preceding week, and in spite of the mortal, temporal impossibilities ruling out such a line up, the point remains a remotely pertinent one. For with no fewer than eleven full-length efforts to their monosyllable, released across the quite rightly admired Kranky, Sub Pop and long-since-extinct Vernon Yard labels, the Americans’ is a history that feels infinitely more rich and rewarding than that of their Reading counterparts.

And as a determined take on No Comprende kicks off proceedings, you get the impression they’ll make a supremely lasting one before they’ve “got to wind up all the cables.” From resolute to restrained, Plastic Cup portrays the trio in an altogether softer light, before the driving, guttural Monkey brings with it a more visceral rancour, Sparhawk and Mimi Parker singing in grim chorus: “We’re never gonna make the light/ But it’s alright.”

Continuing to lean on the latter half of their expansive back catalogue, a flawless, flooring rendition of The Innocents then follows, along with What Part of Me (again, from Ones and Sixes, 2015), as Sparhawk’s coruscating guitar parts at last prove faintly redolent of headlining pedalboard doyen Neil Halstead. An acerbic, testing Pissing is more for the committed, rather than the casual in attendance, disintegrating into squalls which recall a different, and for the most part discrepant, trio comprising Lou Reed, Ulrich Krieger and Sarth Calhoun, allowing for the typically sedative new one left in its devastating wake to necessarily take the edge back off the evening.

However, with its iterated references to firearms concealed “underneath your coat,” it’s the steely, closing Lies which steals the show, making for a stark punctuation mark to an impeccably crafted forty-five that feels, ultimately, that little bit below them. For although they also steal the show – and do so oh, so literally – from right underneath the noses of the night’s headliners, as is the eternal preserve of the support act, their songs are met with rippling applause in place of pure rapture; and that, in spite of there being a decidedly incisive directness throughout…