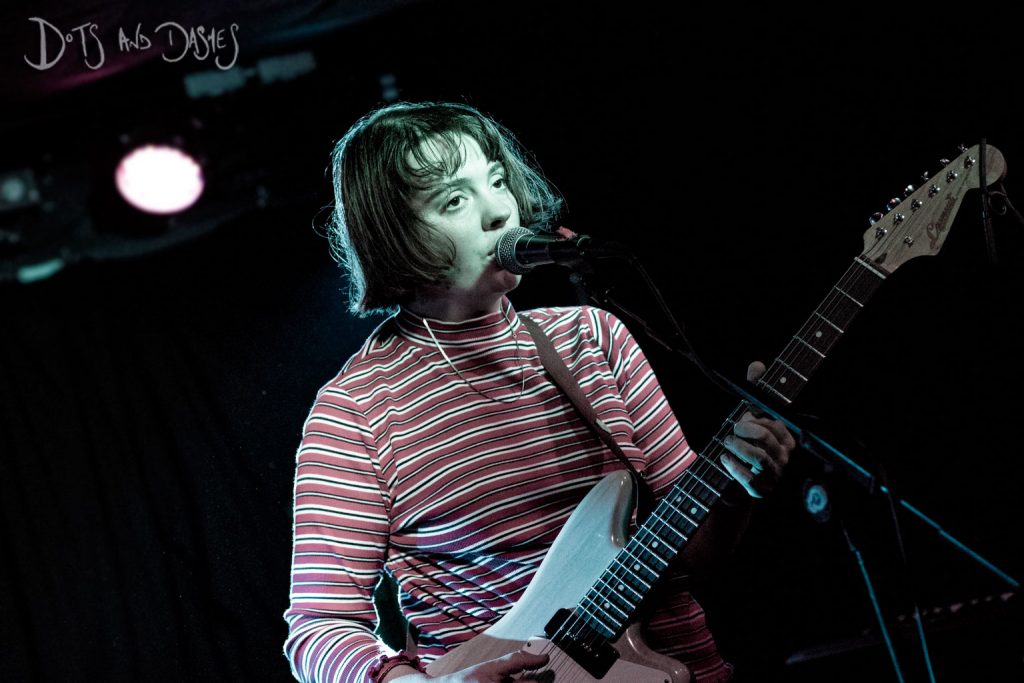 While London boasts an ineffably fertile live music scene, for budding independent artists, it can be pretty tough to rope off a patch for your own. Tonight, for instance, the likes of !!!, Interpol, Kelly Lee Owens and Teenage Fanclub line the listings, making it all too easy to gloss over Oakland, California-based singer-songwriter Madeline Kenney’s entry. However, for the few (as opposed, perceptibly, to the many) who’ve ventured to Coate Street, ample pleasures await.

“I’m tired,” Kenney confides if not defeatedly then deferentially. “I have to be my own band, because plane tickets are really expensive” she continues, a series of pedals strewn around her shoes standing in for absent abettors. And while her show may not necessarily be better for it, the guitar tones which reverberate about the Sebright Arms – delayed, looped, and pitch-shifted – prove decidedly beguiling regardless.

Of course, it’s that time of the season when attentions turn to redundant end-of-year rundowns, and while Kenney’s Perfect Shapes – produced by one Jenn Wasner, of Wye Oak – will likely be omitted from many, if not most, it’s right up there with the Negro Swans and Songs of Praise to my ears. She herself cuts off a whole host of the finer songs from it – Bad Idea, The Flavor of the Fruit Tree, and so forth – but she evokes the gristly, visceral spirit of Buke and Gase on I Went Home; exhibits a virtuosic streak on the Atlas Sound-ing Know, with both guitar and drum machine spat out the same amplifier; evinces an affection for Sharon Van Etten that is in no way affected during the jangling Always Around Me. With proceedings drawing to a close, she’ll summon a potent sense of wistful longing on its title track, as she presages: “I don’t ever want to hear the goodbye.”

But, ahead of her inescapable departure, a dive into her absorbing début Night Night At the First Landing gives the rolling, luxuriant tones which come together to comprise the aptly hexing Witching Hour, and the gloriously ingenuous Waitless with the indelible lyric: “In my apartment, I hear all my neighbours/ They’re fucking or watching TV.” A reminder that there’s more to Kenney than merely Perfect Shapes, and as she closes with the exemplary Your Art, not only does she evidence just how beautifully she’s bloomed in quite a short time period, but she also goes on to show that hers shan’t be a name ignored in either listings or listicles for much longer.