When thinking of Aarhus, it’s hard not to think of a certain two-tone, 1982 single. But unlike Madness’ native London, Denmark’s second city – the European Capital of Culture last year, no less – boasts a multi-venue bash, in the shape of SPOT Festival, that’s very much worth the bragging about. Its purpose is to not so much boast about, but rather boost the renown of nascent Danish (and, to an admirably lesser extent, fellow Scandinavian) artists, a sizeable British industry contingent flown in to sniff out the finer sonic offerings on show. And, mercifully for those who’ve completed the approx. 500-mile pilgrimage to Jutland, these are fairly multifarious over the course of the weekend…

Volume, a pop-up venue erected round the back of the rather monolithic Scandinavian Congress Center, plays host to Athletic Progression – a local trio on a Brainfeeder-type tip – whose proficiency knows no bounds, but whose plagiaristic approach will likely see them bound to FlyLo and/ or Thundercat comparisons forevermore. Heavy lungfuls of smoke lug themselves skywards, many a cap snapped back in scenery very much reminiscent of Sónar de Día’s great revelry, although the thought that Athletic Progression remain some way away from such bookings persists throughout.

Likewise, FRUM – the pseudonym of Faroese singer Jenný Augustudóttir Kragesteen – may be inspired by “existential questions,” the bucolic landscapes of the archipelago she calls home and so on, but conflating the lyrical vapidity of peak trip-hop with Florence Welch imitation makes for a less-than-inspiring prevailing impression. However, whereas Kragesteen professes to feeling “at war with reality,” that to which precocious Copenhagen pairing Barselona now face up to is one of unmitigated promise. They play to the huge Musikhuset – redolent of a smaller Barbican or Royal Festival Hall, which more commonly accommodates for the likes of Burt Bacharach, Placido Domingo, and/ or Bryan Ferry – and slay it too, the entire auditorium on its feet more or less from the get-go. Rud Aslak and Rasmus Theodor, fleshed out by a further three live, contrive slick, left-of-centre synth-pop which picks up where Liss left off, Aslak stalking the stage with the kind of insistent tenacity that Søren Holm rarely, if ever, seemed capable of calling upon. And it can’t, or shouldn’t, be long before they’re getting the call-up to play bigger (if not necessarily better) festivals that bit further afield, either. 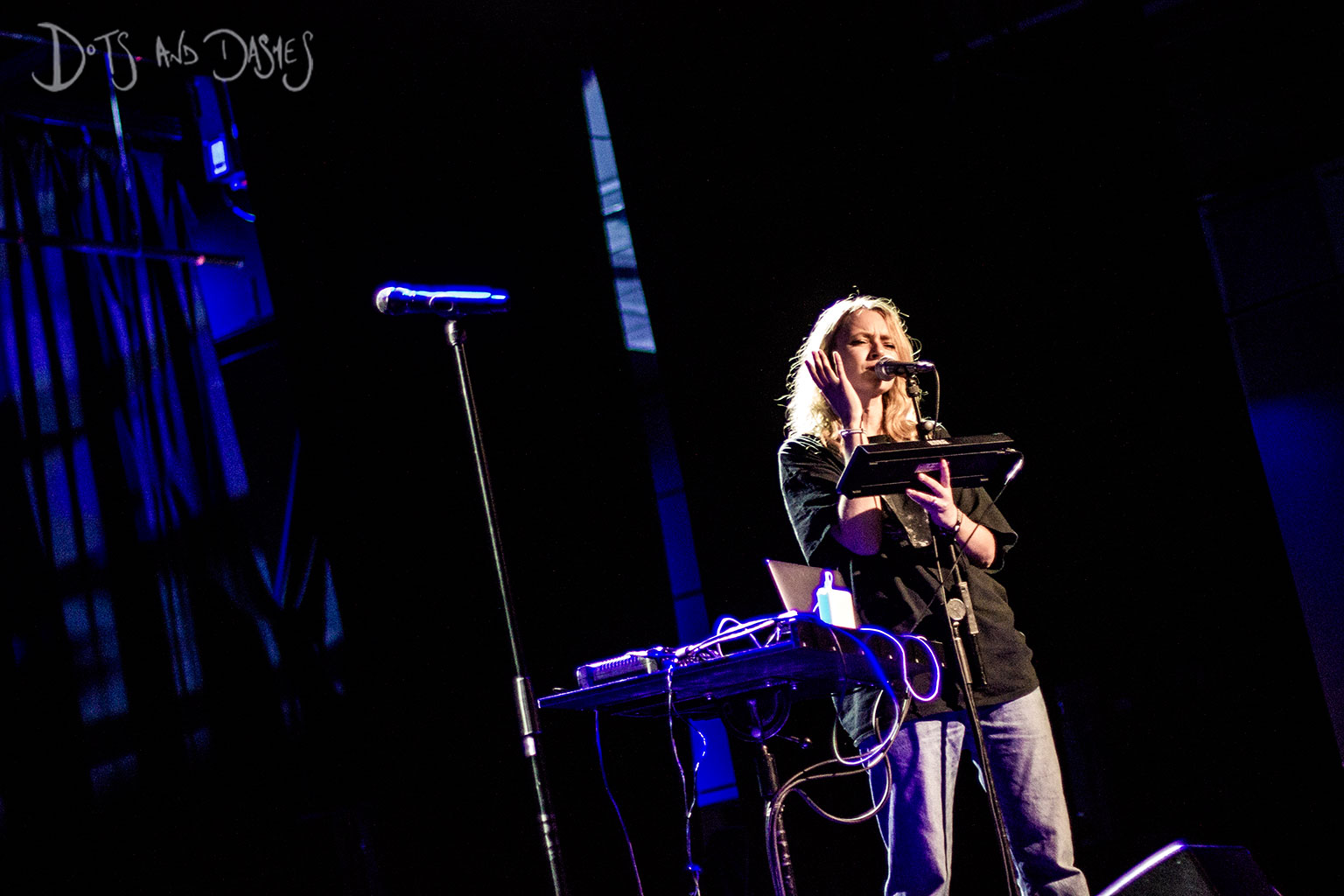 The same could, and should, be said for Soleima: née Sarah Mariegaard, her recent Bulldog EP built upon the ingenuous genius of yesteryear’s exceptional ‘mini-album’ No. 14, but she’s in considerably less bullish form when playing spare, pared-down renditions of songs both old and new to a deferential room as part of the Naked: A Singer and A Piano showcase. Here, their resplendent strength really does ring both through and true, stripped of the brash, at times overbearing hip-poppy production brought to the proverbial table by the likes of Hoodboi, Vasco & Co. It’s demonstrative of Mariegaard’s self-evident versatility, and makes for one of the weekend’s more memorable performances as she continues to both excite and excel. 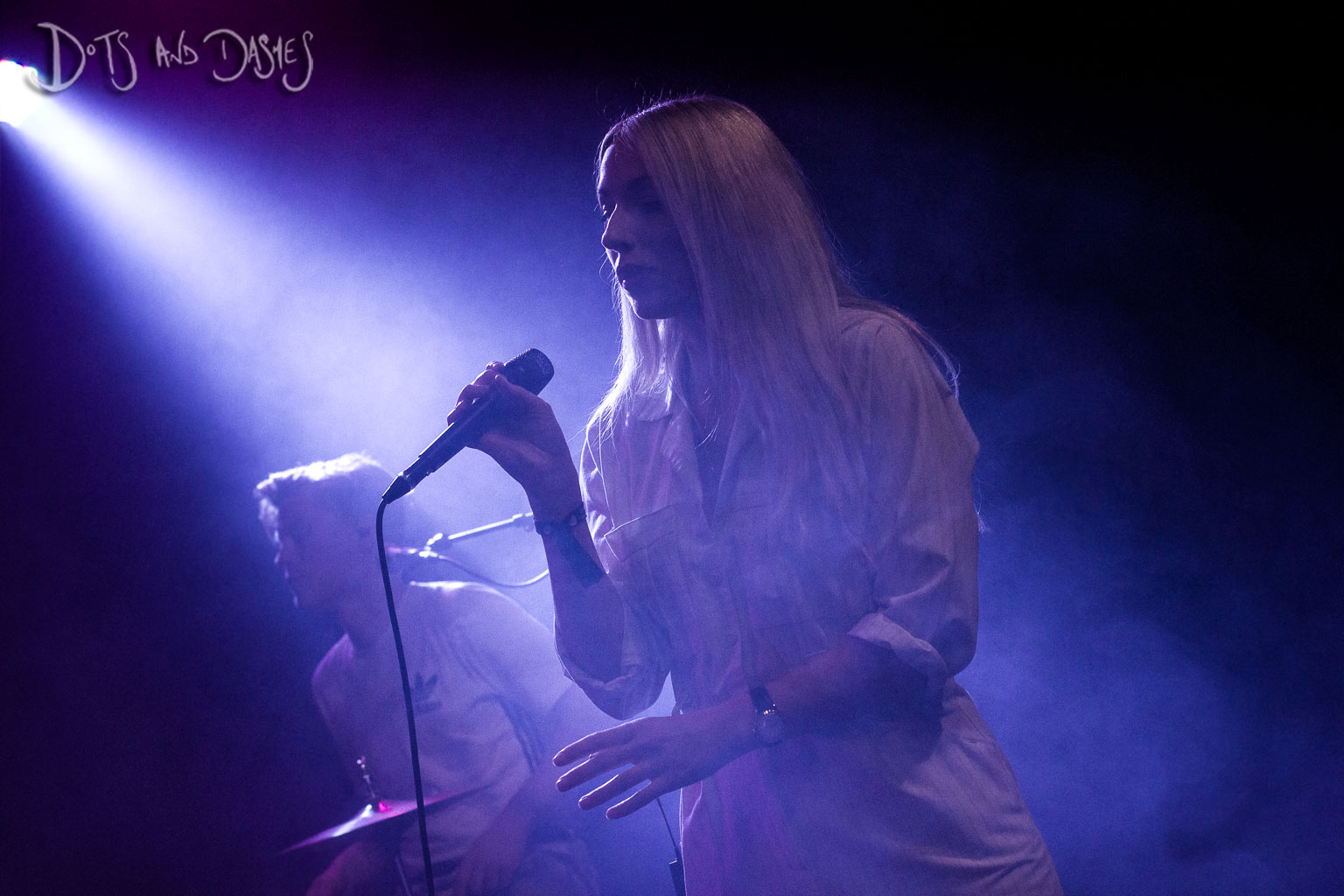 Similarly excellent is Skylar Fri, whose knowing – if still winning – combination of Germanotta melodrama and Anne-Marie-esque naïveté exhilarates at Atlas. Better may not quite be her very best, but there’s lachrymose majesty to its last-dance defiance; Man Is Strange, meanwhile, witnesses the weekend’s one (and, maybe predictably, only) lap steel action, and benefits from it hugely. It’s recent release Gold Rush, though, which is worth its weight in aureate matter and, matter of factly, is the song that’s still lingering in the depths of pulverised lugholes come Sunday afternoon’s Ryanair flight homewards.

ANYA, too, possesses a prepossessing wealth of classy pop gold, although there’s some flash-pan stuff on display elsewhere: one of the most hyped shows of the weekend comes from Yangze, and while the seemingly innate Danish knack for killer off-kilter pop comes a-knocking intermittently, it’s pretty run-of-the-mill for the most part. And when it doesn’t quite come off, the atmosphere in a palpably expectant room turns to quintessential industry disinterest. Similarly, Frida Sundemo’s celestial overtures are totally eclipsed by a number of Danish stars seen earlier on in the evening, the likes of Gold lacking the lustre heard on record in a room that’s deplorably sparsely populated.

A few too many Mikkeller ten-percenters later, and Saturday doesn’t begin until early afternoon; by which time, downtown, a busload of Danes swigging Tuborg, bellowing A Sky Full of Stars, are seemingly getting themselves set for Eurovision. It’s something that Sweden’s Shirin would’ve been as well, if not better suited to than Benjamin Ingrosso, her vocal evocative of a certain Tottenham export – a reductive comment, no question, but one she’ll unlikely escape for some while, even with the simply outstanding Back to the Basics in her arsenal. Drew, by contrast, matches the impressive potency of her voice with impeccably crafted tracks, Keeping Up the indisputable pick of the bunch. “It doesn’t seem to end for me like it does for Beyoncé,” she’ll lament during a later number, but on this sort of evidence, such deference may sound outdated sooner rather than later. 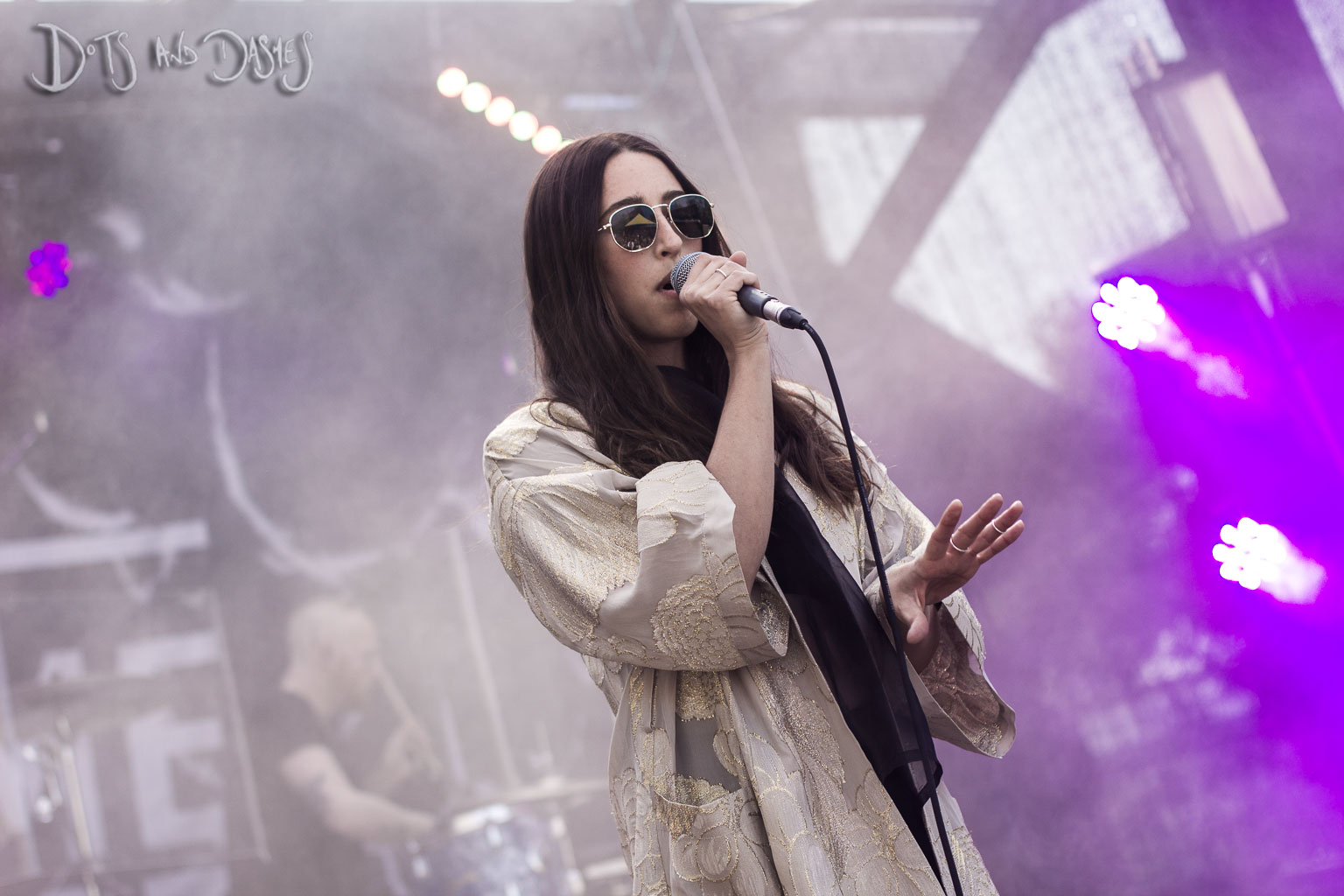 Niels Juhl and Theis Vesterløkke, aka GENTS, themselves belong to an epoch that’s long since expired, their jocular New Wavy naffness filling the Scandinavian Conference Centre’s significant internal expanse, but rarely thrilling those within it. It’s safe, effete stuff, bereft of the frenzied danger that Boundaries represent: whereas on record, they too recall many an ’80s mainstay – albeit more Japan than Duran Duran – onstage, they channel the urgency and agency of Viet Cong’s grizzly early work, and are considerably better for it. 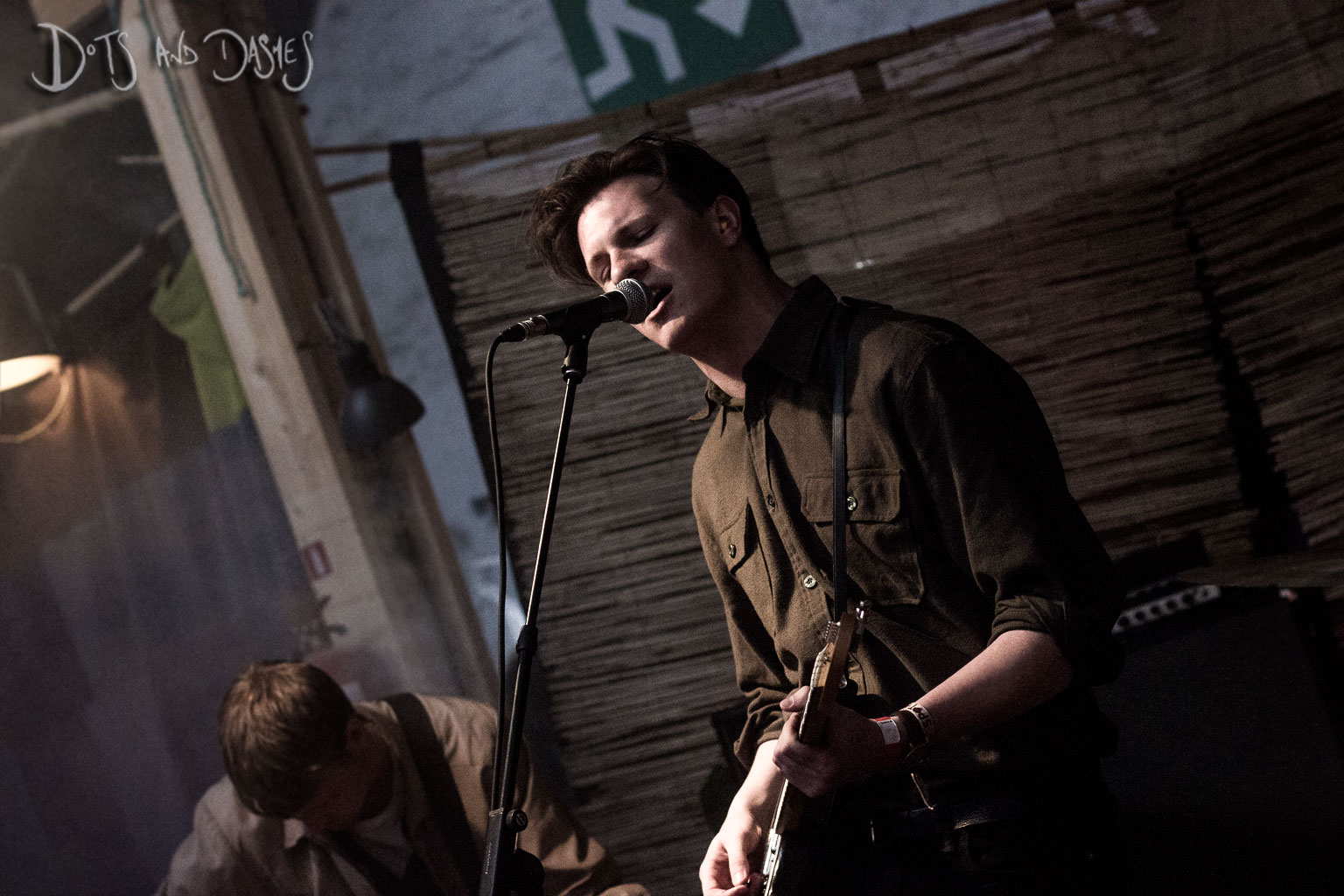 Worse off for reprehensibly neglecting such great records as Konkylie and (the admittedly, more patchy) Infinity Pool elsewhere, however, are When Saints Go Machine who, in spite of coming as close to headlining as anybody does, turn in a subversive, if not onerous show, the purpose of which is pretty impossible to comprehend. Nikolaj Manuel Vonsild conducts himself with awkward, gawky desire, his every move restive, twitchy; a look of manic confusion etched across his face. Heavily vocoded, his vocal lacks that striking, gruesomely shriek-like quality, as they seem to have lost their way in much the same way that Kanye West did his between Graduation and 808s & Heartbreak. And the outcome is an unsettling set from the sort of act that can, and indeed often do, beguile and galvanise.

Which is precisely what KING, who brings the weekend to its premature conclusion, does with a show which isn’t so much about the songs themselves as the mood they or, more pertinently, she brings to proceedings: it’s as inclusive as her blistering collaboration with Snavs, End With You, proves vital. And this same adjective is the sort that should be applied to SPOT, full stop. For the consistency in artistic quality is quite something; Aarhus small enough to navigate and get to grips with, without necessarily getting to know fully; and the curation is second to few, if any, European showcase festivals. That all of the above is true of a festival striving to, and indeed succeeding in promoting more or less exclusively national acts only makes it that little bit more special, and SPOT should not only be savoured, but celebrated on an international scale.