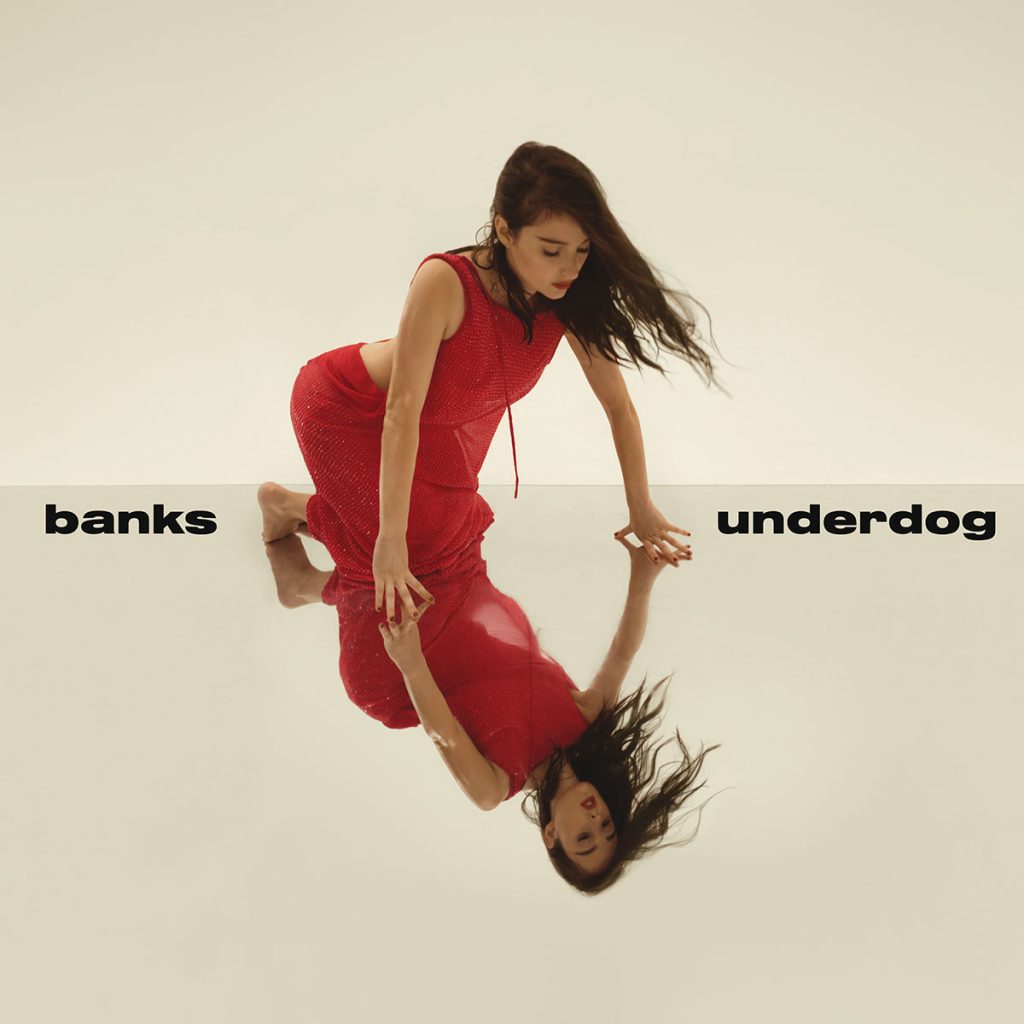 As one of contemporary R&B’s very favourite heavyweights, BANKS could never “come back as the underdog” these days, with the enigmatic Californian instead strengthening her spot at the genre’s top table as she returns with the incontrovertibly killer Underdog. The track witnesses a reversion to her tried, tested and highly respected, highly 21st-century versions as heard on début album Goddess, with considerably less of the comparatively avant-garde demurity by which The Altar was defined on show, the song’s propulsive rhythmic undercurrent buoyed further by ebullient, undulating bloops and a slightly blobby, globular bass line. Jillian later chimes in with the kind of lyric capable of hotting up a stiff Hefner’s under-collar area down the local coroner’s (“Come in my bed, come back to Heaven/ Back in my bed, come back to Heaven” she’ll plead, deadpan), although it’s that bit of gnarled snarling come the climax of its every verse which renders Underdog an instant winner.

Underdog is available now via Harvest Records, while BANKS plays the Eventim Apollo on October 25th.