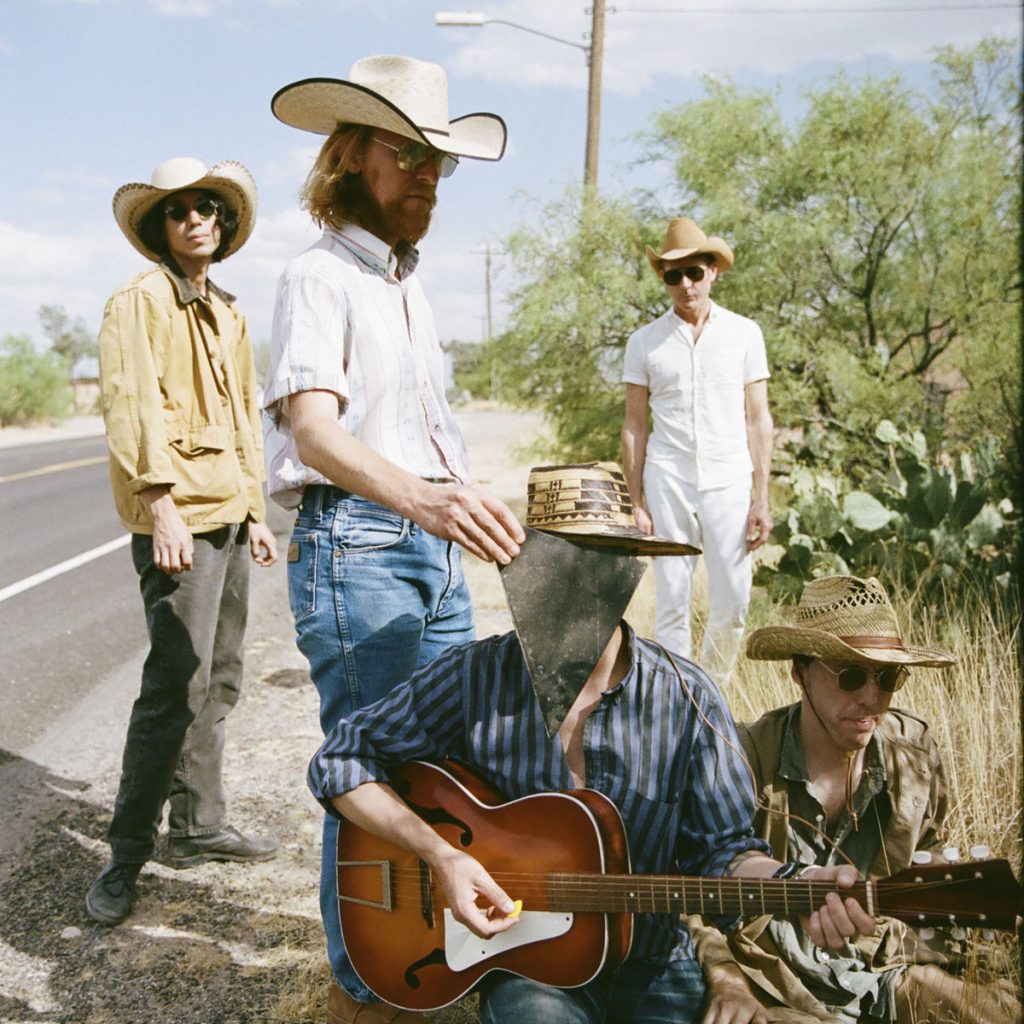 In stark contrast to last summer’s introspective, scatty, cassette-only Double Dream of Spring release, Death in Midsummer – the opening number from Deerhunter’s forthcoming Why Hasn’t Everything Already Disappeared? full-length – hears Bradford Cox & Co. revert to a rather more exoteric and, for want of a better word, direct modus operandi. For within this alluring, gloriously elaborate production, a simple harpsichord-centric harmony reminiscent of something from Halcyon Digest or, subsequently, Fading Frontier finds itself front and centre, while Cox proffers a prophetic sermon of sorts. “Come on down from that cloud, and cast your fears aside/ You’re all here and there, and there’s nothing inside,” he begins in condemnatory tone before, in epiphanic fashion, he informs: “There was a voice that called me/ There was a light that burned me.” Of course, this isn’t the first song to anathematise modern-day existence in all of its blue-hued insipidity, but his sermonic clamouring for a more self-aware society (“Some worked the hills/ Some worked in factories/ Worked their lives away/ And in time, you will see your whole life fade away,” he’ll ruefully lament) is perfectly offset not only by the rejuvenated vivacity in his voice, but so too by the timeless musical accompaniment put together by one of the finer bands about. And on the basis of Death in Midsummer and Death in Midsummer alone, as he’ll so insistently reiterate: “There was no time to go back,” it may well be worth taking the time out of today to take stock of their understated mastery.

Why Hasn’t Everything Already Disappeared? is available from January 18th via 4AD.