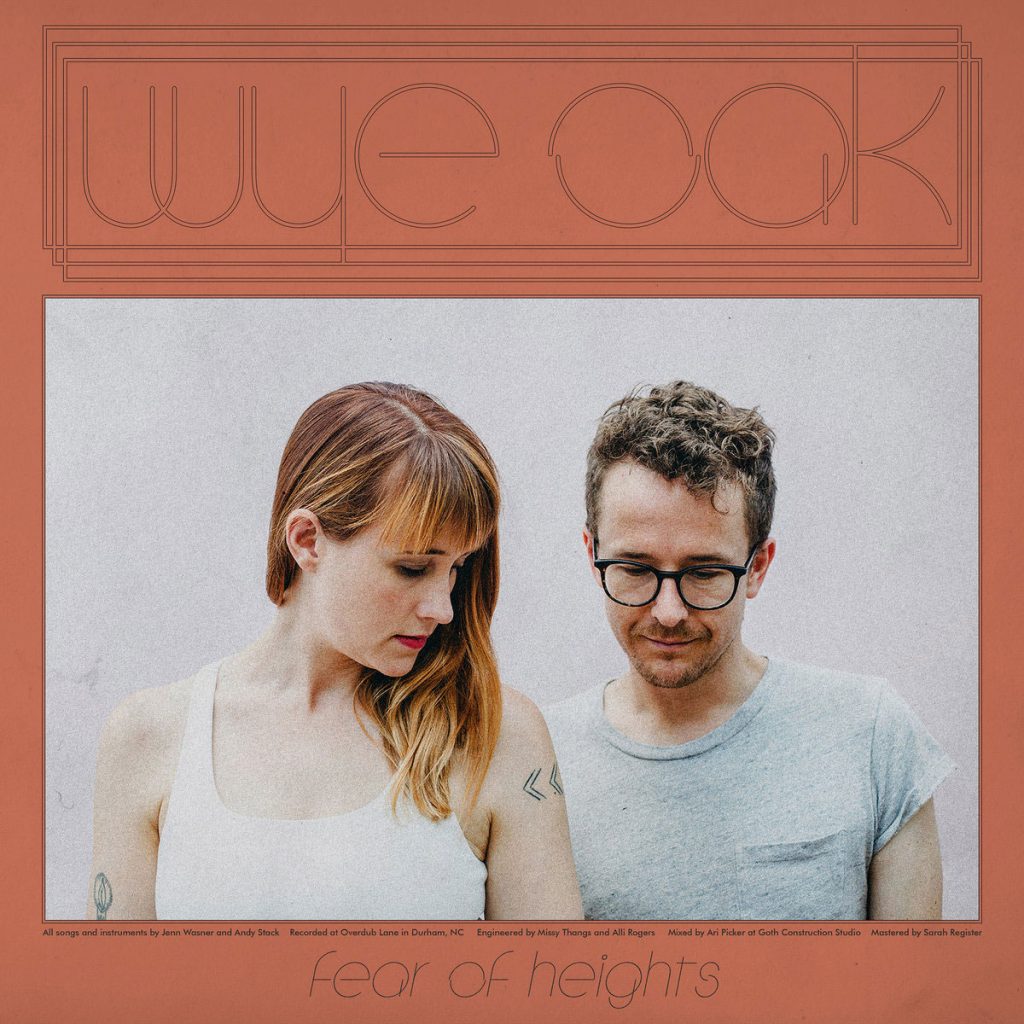 Very few tracks released last year bettered Wye Oak’s Fortune. (Seriously: if you’ve not been stuffing what may well be Jenn Wasner and Andy Stack’s absolute best to date voraciously down your lugholes since November, consider them gravely malnourished.) And while its follow-up, Fear of Heights, may be more introspective and thus less immediate, it once again exhibits the Baltimore pair’s absorbingly synergic rapport: a combination of Stack’s deftly accented rhythmic touches with these stark, clear keys and Wasner’s oneiric guitar work recalls those most stimulating moments from Lost in the Dream. And the resulting song is one to wilfully lose yourself within.

Fear of Heights is available now via Merge Records.