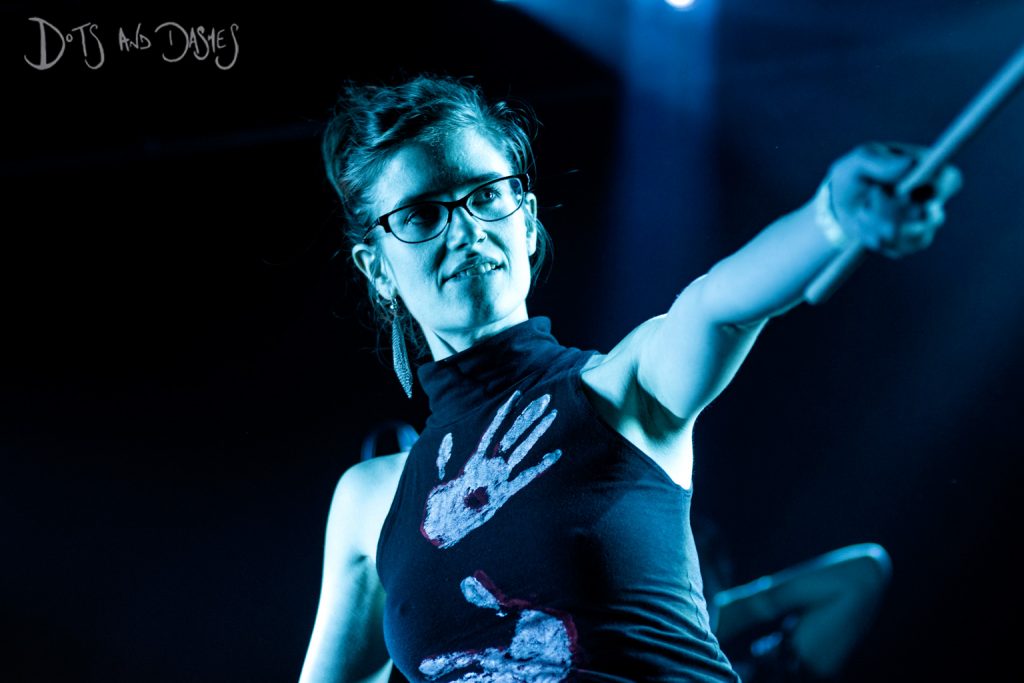 Following on from an afternoon whiled away – if not wasted – gawping fairly gormlessly at an iPhone of all things, fêted NYC five-piece Bodega’s arrival right here in Tufnell Park may be a bit too close to the (in this instance) left distal phalanx for some. (Myself very much included.) For released last week on black, clear, and ‘limited teal’ polyvinyl chloride – among many another online medium – much wax lyrical has already been drizzled over the band’s début album, Endless Scroll. And quite rightly so: a mesmeric combination of eloquently quotidian wit (concerning everything from “half-off sale[s] at the Barnes & Noble,” to “seizure[s] playing Pokémon,” to “selling gluten-free water with sugar in Square of Union [for] $9/ hour”) and brittle, at times gritty post-punk capacities, it makes for a most compelling listen.

But it’s a consternating one, too: ever downloaded Moment, only to subsequently discover you couldn’t quite process just how much scrolling was going down? Well, me too; and Bodega are well aware of what we’re up to. For this latest ‘upgrade’ (read: ‘downgrade’) to the human condition is central to so much of Endless Scroll, rendering Bodega even more appealing a live proposition: rather than listen to them on, for instance, Spotify, we’re left with little option but to disengage from the 4G, and live for the moment as it were. And genuinely indelible moments are many…

Drenched in a dense blue hue throughout, mimicking that most ominous midnight glare staring back at you from a so-called ‘Retina display’, obsolete mice dangle from very much visible mic stands while text-to-speech samples replace most patter. But there’s so much to unpack from their tight poetics and taut sonic clash, that their purposefully “alienating” onstage manner only strengthens the connection to these songs themselves.

Indeed, it’s when the spotlight is set on those more mundane elements of human existence that your, or at least my, mind drifts slightly: Boxes for the Move, for one, may sound not too dissimilar to I’m Waiting for the Man, were it theoretically written post- rather than pre-pickup, but tonight it causes the first of few disconnections. Likewise, Can’t Knock the Hustle – aside from the magnificently sardonic leitmotif: “’Cause you can’t knock the hustle/ When the cats are making capital” – suffers for a (perhaps aptly) disuniting, overly lengthy intro that’s if not quite one, then only two-note.

But these are minor glitches in the system, for as one TTS sample remarks, “This show is brought to you by innovation.” And while there’s a fair bit of reinvention on show – a very evident debt of gratitude is owed such great British outfits as Gang of Four and Wire, while any member of the band could, and presumably would, at some point, have featured in The Fall, had Smith not shuffled off this mortal coil already – it’s pretty tricky to refute this fact; not least when delivered in so matter-of-fact, if monotonous, a tone. Because from Bookmarks’ metallic slink (think Entertainment! glinting in the glorious, sneering veneer of Light Up Gold), to the Le Tigre-like Gyrate, to a stentorian take on Name Escape which hears Ben Hozie – unhappy in the haze of this most sobering of hours – duet with the TTS, there is as much diversity to their sound as there is vigour, disgust, and so on.

And this disgust translates so well live: there are, even when implored to check an email or whatever, far fewer people on their “cellular units” throughout. Granted, there’s a guy in the front row who practically Livecasts a few songs, but lyrics – delivered with the visceral intent of Carrie Brownstein – such as “Why are none of you on your phone? You’re so educated” really do ring true. It’s as though we’re being goaded; trolled, almost. And it works so well, as – to reiterate – attentions rarely drift.

I Am Not a Cinephile, perfectly encapsulating the feeling of purposefully manufactured disquiet, has an incisive, violent slant to it; when juxtaposed with the slacker-rock roll of Charlie, it becomes all the more memorable. And it’s this level of “innovation” which has ensured that, although we still leave with the tunes ringing in our cochleae, Bodega won’t be playing to “empty room[s]” any more.

It’s thanks, in no small part, to the likes of How Did This Happen?! and Jack in Titanic which, tonight, absolutely lives up to its title. An improbable hit, perhaps – not least in light of such preposterous outbursts as, “No one dances, writes, or fights, or fucks, or makes love quite like me/ Except Jack in Titanic” – but it still hits the spot with a fantastically icy, transatlantic charm.

Without these songs, Bodega would be nothing, of course. Although there is something of an irony to the band firstly, if not foremostly, having become an online phenom – whether by design or default, that’s where they’re at. But when so readily able to crossover into, and thrive in, reality, their future is surely far more prosperous than ours, as ghouls engrossed by our smartphones, et cetera. For if this is the highest compliment made payable, besides those paid at the app-powered merch desk, then Bodega are quite unlike any band seen before; and in an age of willing mimicry, to the point of parody, that really is something to iMessage home about.